On Wednesday, Aug 7 2019, by Vishnu Subramanian

Over the last decade, Netflix has slowly grown into the world’s most popular subscription-based video streaming service, offering a wide selection of films and TV series including several “Netflix Originals” produced by the company themselves in-house. Netflix has over 150 million subscribers worldwide, a testament to the company’s cross-cultural popularity and market dominance in several countries around the world. While this popularity can be attributed to Netflix’s pioneering model, an affordable subscription fee and top-notch content/programming, Netflix is also known for using techniques from Artificial Intelligence to maintain its market dominance. Chief among these is the Netflix Recommendation Engine, a tool that is reportedly worth over $1 Billion per year to the company in indirect cost savings.

Netflix’s Recommendation Engine enables it to come up with a personalized grid of suggestions catered to the viewer’s tastes.

A Recommender System or Recommendation Engine is essentially a data-filtering tool that makes use of data and algorithms to try to filter a catalog and predict the most relevant items to any given user. Recommendation Engines have been known to combine both collaborative-filtering approaches as well as content-based approaches. Collaborative filtering analyzes all the users of the service and makes recommendations to a new user based on what items have been relevant to other users with similar tastes. Content-based filtering, on the other hand, relies on intrinsic properties of the items the user has already shown an interest in, and simply suggests other items with similar intrinsic properties.

It doesn’t take much to recognize the potential value of a state-of-the-art recommendation engine to Netflix’s business model, especially keeping in mind its unique UI/UX challenges. The large slate of content that Netflix has available to cater to niche users and tastes means that its users can also easily be overwhelmed by being displayed numerous titles and shows they’re not interested in. That means right from the first visible screen, user relatability is very important for Netflix to ensure its library is used in the best possible fashion. Coming up with good recommendations likely to be a strong match to a viewer’s interests is very important, as that incentivizes users to stick around, increases the average viewer watch time and reduces the rate at which Netflix loses subscribers, a metric known as ‘Churn Rate’. 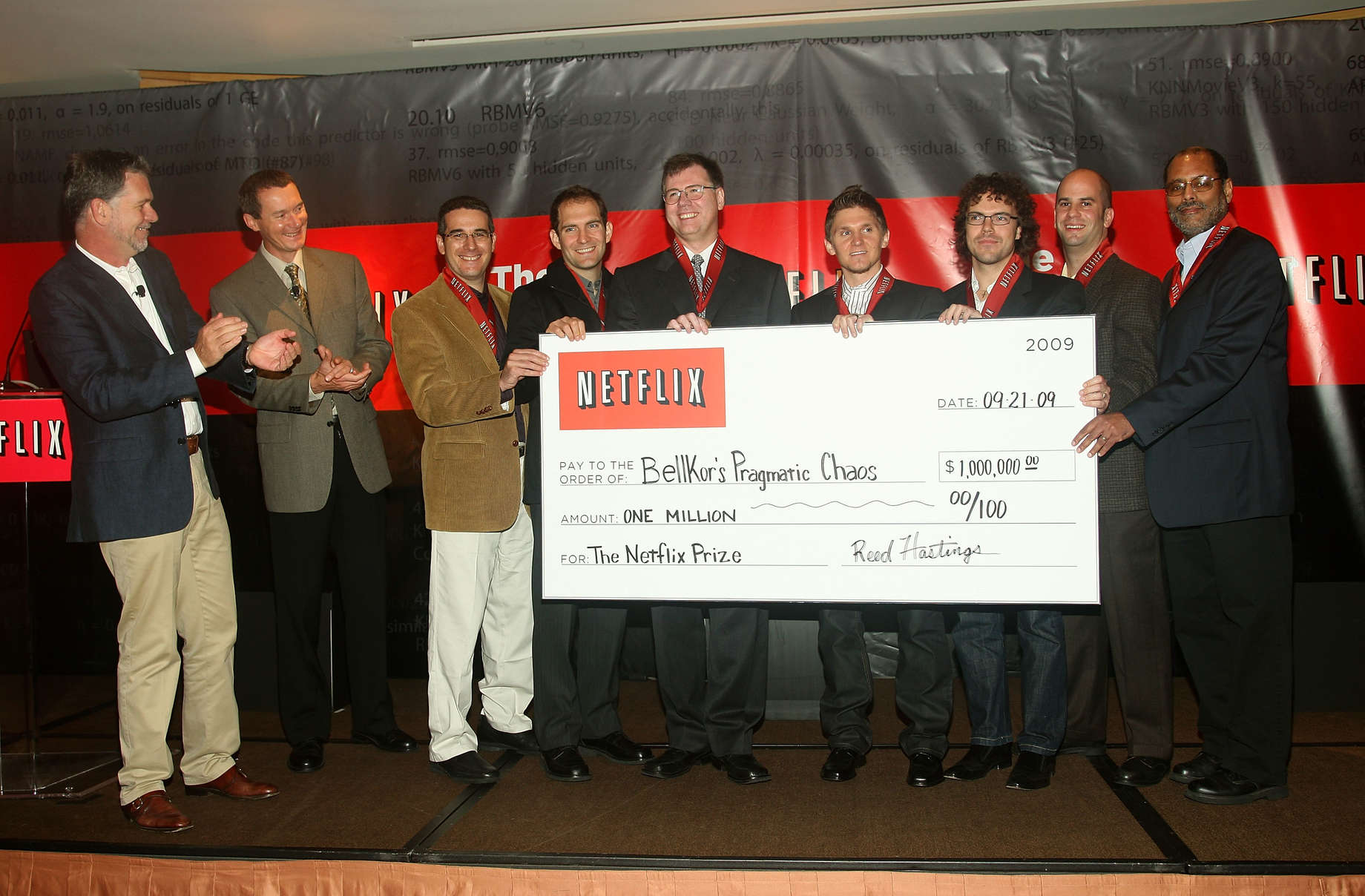 Although the financial savings Netflix claims its recommendation engine is responsible for are more of an estimation and cannot be verified by hard numbers (owing to the secrecy Netflix maintains regarding its internal viewer metrics), Netflix is known to put a huge amount of effort into the improvement and optimization of its algorithm. Right from the advent of The Netflix Prize in 2006, a Machine Learning/Data Mining crowdsourcing competition for new ideas on recommender systems, Netflix has shown great interest in inculcating the latest ideas from Machine Learning and Deep Learning into the engineering behind its product. In addition due to the collaborative aspect of the algorithm, as Netflix’s user base increases, the increased viewer data will enable Netflix to capture more insights about consumer behavior, thereby further improving the accuracy of the algorithm. 75% of all the content watched by viewers is now from some form of recommendation. With those insights, it doesn’t seem a stretch to suggest a billion-dollar saving for Netflix because of its Recommendation Engine; an engineering gift that has helped the company stay popular and competitive in an increasingly-crowded video streaming market.